A Crazy game, which uses Music as gameplay, which could dethrone Audiosurf and that comes from an independent developer? Yes. There is something like that. The game is called 1... 2... 3...Kick It! (Drop That Beat like An Ugly Baby). And that's no joke. And we had the chance for an interview. You can find the german version of the interview here. 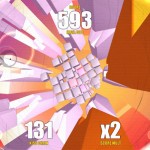 Of course the first questions needs to be the introduction-thing. Tell us who you are, what you do and why Dejobaan is creating video games for over 75 years.

Ichiro: We're Dejobaan Games, creators and purveyors of happiness and wonder! Since our founding, we've created 13.5 titles, most of which have astounded and entertained. Some have astounded and angered. Others have entertained and... well, whatever the opposite of astounding is. We create games because we need to, the same way we need water or air.

So it's all about music. What would happen if I tried sounds like You Suffer by Napalm Death which is only about one second long? Or what would happen if the player imports something very experimental? Let's say a combination out of Death Metal, Classic and Techno.

Ichiro: Aha! That strikes at the heart of what we're trying to do. We're still in the process of creating the game (it's still in alpha), but we want to have fun with it. What if the game knew that you were trying to get tricky with it, with a one-second song, and reacted in kind?

With other songs, we want people to be able to say, "I tried this crazy-ass track, and you wouldn't believe what it spit out!" What if a really ridiculous, noisy track spat something like this out?

While talking about Aaaa! and Kick It! - Who the hell is responsible for the names of your games? 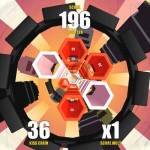 Ichiro: This woman is responsible for the names of our games!

Or, at least, with 1... 2... 3... KICK IT! (Drop That Beat Like an Ugly Baby). For AaaaaAAaaaAAAaaAAAAaAAAAA!!! -- A Reckless Disregard for Gravity, our creative guy, Dan, and I joked around that the title should just be a bunch of letter "A"s. Leo, our marketing/strategy guy, wouldn't let us leave the room until we went with it.

With Kick It! You introduced a new business model. What can you tell us about it?

Ichiro: Oh! You mean the open pre-order alpha approach. It's an experiment: rather than creating a game and putting it out there all at once, can we give fans an early version of the game, and get feedback to pound on it as we build? I think it's helping us create a more enjoyable game, because we don't have to guess what people want.

Ichiro: The big similarity is that it uses music to create its content, but I think they're very different games. Audosurf is an action-puzzler, whereas Beat Hazard is a pure shmup. Kick It has a lot in common with (I think) racing games, where the objective is to plot out a path and execute that. But I want some depth there, as with Aaaaa! and its "hugs and kisses" style of gameplay.

3. So far you just created PC-games. Many people say that the PC is dying. What's your comment on this? 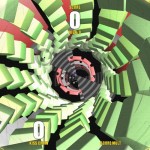 Ichiro: I say: long live people who love PC games! And the same to console and mobile gamers. It's all good.

Minecraft has earned nearly ten million dollars for its sole creator. Farmville allowed Zynga to become one of the fastest-growing companies in the galaxy. World of Warcraft is a PC game, and it earns more money in one year than entire countries. These are all PC games that don't always show up when people talk about industry revenue.

5. When you're not developing a game what do you do usually? Go to the supermarket, help an old lady to cross the street, take drugs or hunt dragons?

There is always sex to console us for the fact that we're all put on this planet for a finite amount of time, and will all eventually die alone and unloved.

6. Looking back at Aaaa!, what was your biggest mistake?

Ichiro: Poor planning. We acted at the tactical level for months at a time before poking our heads up and saying, "what's the big picture?"

7. And what was the coolest thing about it? (To be honest: We fell in love „with teh newz“) 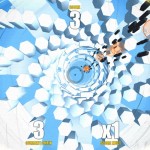 Ichiro: For the first time, we really felt comfortable being ourselves! Elevator music for the menu screen? Sure! Comments about wrestling! Why not? Anti-meditation? Bingo! It turns out that that got a lot of people excited about the game.

8. Got any other idea what to create after Kick It!?

Ichiro: For years, I've wanted to create a cooking game that actually grades you on the taste of what you're making. Like, we'd have some sort of engine that compares what you've cooked up to a database of "things that taste good," and can actually intuit what your concoction tastes like.

4. Before creating Kick It! You developed Aaaa!. The thing is: Both games look very similiar which might be the result that the new game is based on Aaaa!. How do you make sure that players understand the difference? Or better said: What's the difference at all?

Ichiro: It's actually a semi-sequel to Aaaaa!. A few key differences:
It's all about the music, baby -- plug your music in and fly through it.
Combat, combat, combat. We want Kick It to include the ability to tear robots apart, piece-by-piece. Moddability. We want people to play with procedural content generation, because it's fun.

Ichiro: You already know the answer: they do this all the time. They are secret businessmen and women.

8. Dejobaan Games is an indiestudio which is proud to be indie. Did anyone in the company ever think about going to a major publisher, doing so said triple-A games and making lots of money? 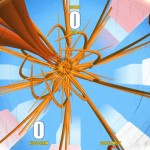 Small development studios that work for major publishers typically don't make lots of money -- they make the publishers lots of money. Games like Aaaaa! earn us a really good living. And titles like World of Goo and Braid make their creators a killing.

15. Anything else you want to say?

Ichiro: If you're reading this: go out, right now, and do something small that you're afraid to do. You can do it!

Ichiro: Elevator pitch time! Kick It is a game where you fight and fly through your MP3 music library. All of the levels are created from your audio tracks, so if you have something relaxing, you'll get a laid-back floating trip through fields of flowers, and if you're listening to circa 1985 German techno, you get a pulsing, punishing level filled with your worst enemies.

Okay. Thanks for your time. We hope your game won't drop the charts like an ugly baby.

Alright. Something is wrong. Be honest: You switched our questions somehow, didn't you? Ichiro?..... Ichiro? Ahw... fuck that. He may be a cool guy, but still he is a freak. Maybe that's why we love him.