Interview: Fate of the World (eng.)

This is the english version of the interview. The german version can be found here. We want to thank Klaude Thomas for answering our questions and let him know that we feel very sorry for our bad english. Klaude is the Executive Producer over at Red Redemption, a small developer studio based in Oxford. Before creating the ultimate simulation of the earth he has been working for several other studios. For example he has been working for Eidos on the Battlestation series.

First of all you may want to introduce yourself. Just in case some of our readers don't know who you are and what Red Redemption is. To make sure they don't get it wrong or may mix it up with some Rockstar-Game.

Klaude Thomas: That has been an issue for us! Red Redemption Ltd are the team making a game that lets you play with the Earth's next 200 years. Red Dead Redemption is a game that lets you play an outlaw in the West, 100 years ago. We've been making climate games for quite awhile now, and have strong connections with Oxford Univeristy and key people involved in understanding global warming. 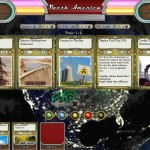 Alright. So let's talk about Fate of the World. Or wait. Maybe you could first tell us what you have been doing before. We thought about the Climate Challenge.

Klaude Thomas: Climate Challenge is the inspiration – and point of departure – for Fate of the World. The most obvious thing we've done is to let you play with the entire planet, but under the hood we have engineered a fantastic model that works hard to let you play with how your populations, economies, and technologies evolve against a backdrop of environmental collapse. It's like a car crash – gruesome, yet compelling – with plenty of details that will surprise you.

Climate Challenge was very successful. Surprisingly. What are your next steps for Fate of the World?

Klaude Thomas: In making an innovative game you have to solve problems that haven't been solved before. The best process we know of for doing that is player involvement and iteration. That is why our next step is our pre-order/beta release. Players who pre-order the final game can download the beta and give us their view on what we need to do. We have a high-spec model of the world underlying the game, and we want to know what aspects of that you find most compelling. Yes, this is kind of cheeky – asking players to support us this way – but we believe it will be really good for the game.

Fate of the World is about a changing world. About global warming and all this stuff. But how can the player interact with the world? What is his job?

Klaude Thomas: You play the Head of the GEO, an organisation we propose be set up alongside the WTO to manage humanity's response to global warming. You have a budget contributed by all nations, and what you do is use that to tell nations what you want them to do, either to try and control global warming and fight disaster in the worst affected regions, or just to drive it all faster to hell. 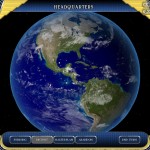 By the way: Global warming is somehow a pretty ambitious thing for a game, don't you think so? How do make sure that all the contingencys are in the game?

Klaude Thomas: That question has driven development. We focussed on building a model that will respond sensibly to a wide range of contingencies. Many of those revolve around resources: what happens if they run out? Others concern technology: what happens if you get fusion early, or late? You can make changes that affect those things, but a large category of contingencies are simply devastation wrought by climatic events and environmental collapse.

So let's say we rise the population in the United States to a maximum, lower it in africa and make nuclear power the only energysource in europe. What would be the effect in Fate of the World?

Klaude Thomas: The game will handle that. Your first problems are going to be the time lag to get nuclear in place, and straight after that the question of where you get your uranium from? You'll want to push nuclear tech to get to ubiquitous fast breeders and perhaps oceanic uranium extraction, at which point you've made weapons-grade material more available. At which point, you'd better hope your population lowering plans in Africa didn't annoy anyone (cause regional instability). 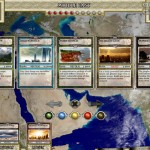 And what else could we do to ruin the world?

Klaude Thomas: The worst thing you could do in my opinion is drive economic growth faster, feeding it with all of the remaining fossil fuels including, critically, oil from tar sands and methane gas from clathrates. At that point you can get so much carbon (and equivalents) into the atmosphere that warming induced disasters will feel like World War III. Your saving grace might be that your population should stop growing as they get wealthier, but once climatic events cause HDI to start falling again you may well lose control of that and hit the food limit. Messy.

Is there any chance to save the world in the game?

What was the hardest thing during the developement of Fate of the World?

Klaude Thomas: Sticking to an iterative developement process. Iteration (build, try, redesign, rebuild, repeat) is one of the best ways to tackle innovation, but you have to be determined because what everyone wants is a comprehensive design up front that lays it all out; whereas all you can provide is a plan for getting there. The process had to be iterative because we had to both solve the modelling problem—how to create the next 200 years—and the game problem—how to make it fun and satisfying. That ties back to our next step. A public beta. 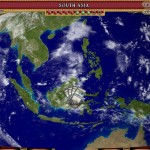 Let us have a quick look into our crystal ball. Ah. Alright. Fate of the World will be successfull. And the world doesn't die of global warming in the next two years. So what will be Red Redemptions target after the release? What's next? Any ideas? Maybe a even more challenging project about the world?

Klaude Thomas: There are parts of the picture that offer a lot of gameplay, but couldn't be made to fit into our schedule. I'd like to get them in either as free download content or perhaps a sequel. If we do well, we'd also like to work with other developers to get more games into the market involving things that affect your real life. 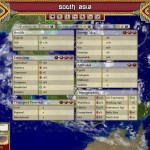 Klaude Thomas: It's fun because it's playful: we've looked at how you might play it to beat global warming, and then added the crazier options that people think about. Could we use nukes to cause a nuclear winter? What happens if you do? That said, I think games are evolving to offer a wide range of reward to players. We're making Fate of the World to be satisfying, engaging, sometimes a bit frightening.

Alright. We're at the end now. Anything left you want to say?

Klaude Thomas Fate of the World is available to pre-order and try the beta on October the 29th.

Thanks for the interview.

Klaude Thomas: Thank you for coming up with good questions.